An important update on one of the great conspiracies of the modern world.

Show notes below the break.

A brief clarification:  When Kevin talks about the Hapsburgs* post-WWI, he is talking more about the faction than about the family specifically.  As he has explained to me, some of the descendants of the royal family aren't even aware of the thousands of agents working to put them back on the throne.

*  Kevin insists on the alternate spelling with the 'p', rather than the more traditional Habsburg.  I think he does it to annoy them.

Confused by this -graf business?  Here's a list of German titles of nobility.

As for the old Imperial Hapsburgs, the Hofburg Palace in Vienna is a good indication of the level of wealth and power they controlled.

Kevin also sent me a map he mocked up of the Hapsburg's vision of the future.  They're ambitious, I'll give them that. 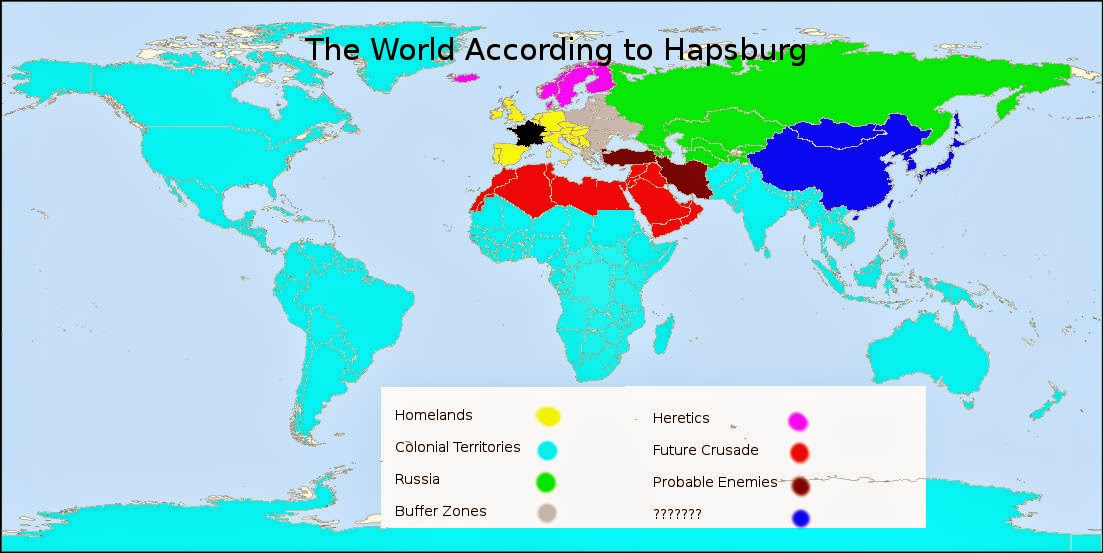 Finally, I found a 2011 article in the Wall Street Journal by a Harvard historian who seems to know a bit about the Hapsburg threat.  His dystopian vision of 2021 is based on some outdated information, but he obviously "gets it," even if he does wisely bury the lede behind some talk about the Euro.  His timetable for a Hapsburg resurgence is more accelerated than Kevin's, but as Kevin has told me on several occasions, "Alarmism in defense against the Hapsburgs is no vice."
Posted by Geoffrey at 11:46 PM