What's going on in Texas?  Something terrifying.


I have to admit, this one seems a little far-fetched.  I'd like to know what Kevin's sources are.

The Skunk Truck and the Active Denial System

Map below.  Dallas, which wasn't even officially incorporated as a city until years after the building of the Line, would be completely devastated if Separation were attempted. 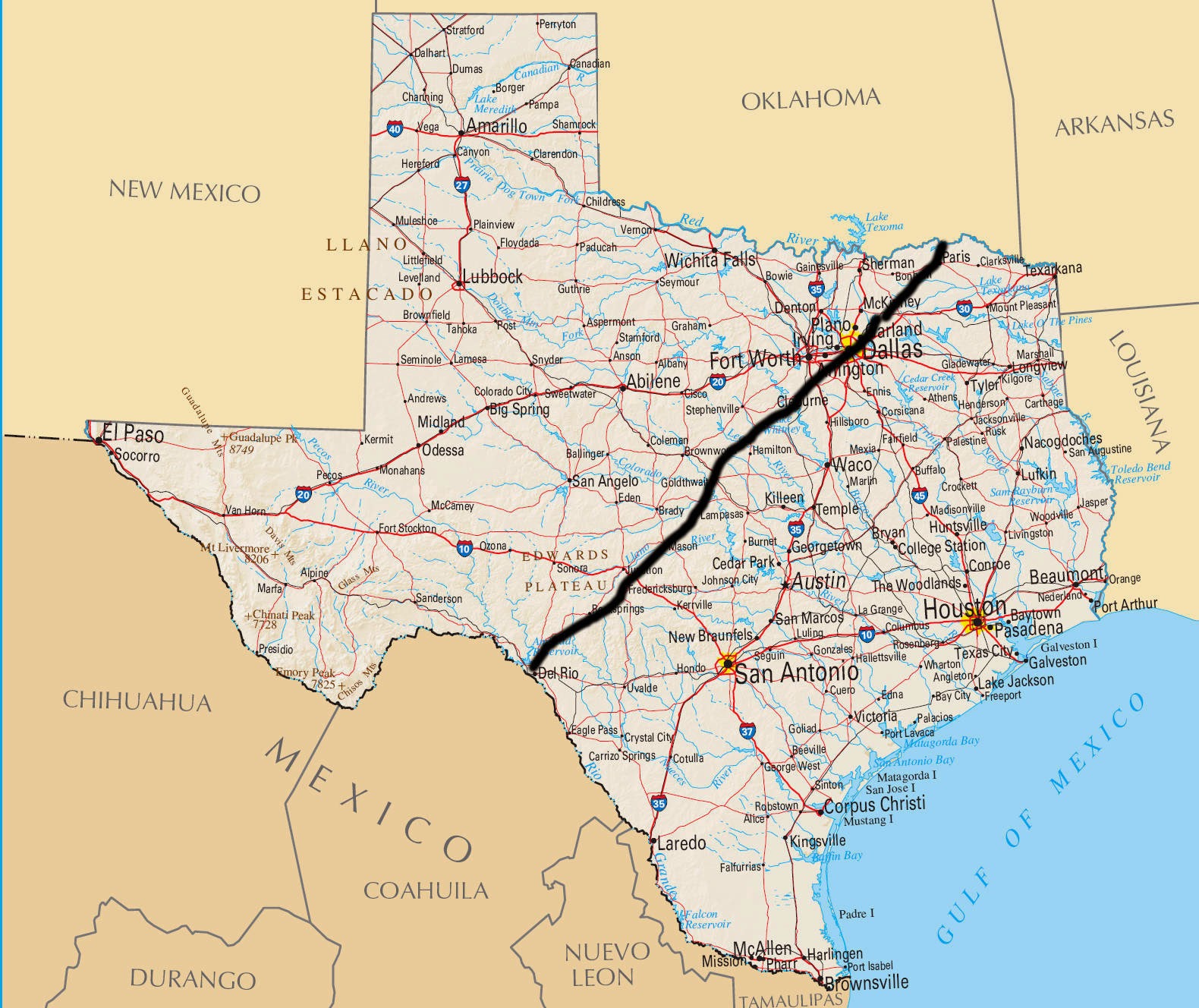